There are a lot of such significant public utility services extended in the southern state of Tamil Nadu either by the Government or private undertakings that provide a wide range of important services to the citizens. Furthermore, the Government of Tamil Nadu is dedicated in delivering high-quality public utility services to the population, as it is focused towards the welfare of the society. 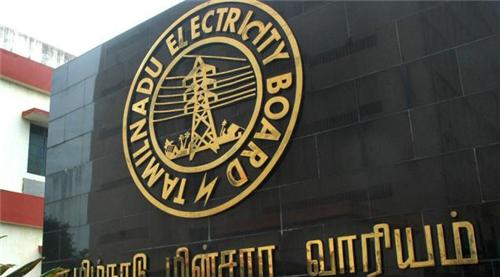 Subsequently, the successful journey of the Tamil Nadu Electricity Board for over five decades took a new shape as the organization was reconstituted as per G.O.114 dated 08.10.2008 by founding a holding company called "TNEB Ltd" and two subsidiaries that is to say, Tamil Nadu Transmission Corporation Ltd., (TANTRANSCO) and Tamil Nadu Generation and Distribution Corporation Ltd., (TANGEDCO) as per the compulsory prerequisites of the Electricity Act 2003. Consequently, Tamil Nadu Electricity Board Limited was constituted on 01.11.2010. 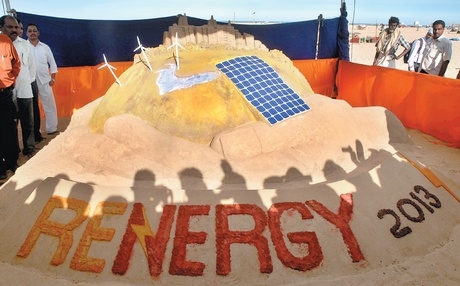 The Tamil Nadu Energy Development Agency abbreviated as TEDA is an independent agency that functions under the Ministry of New and Renewable Energy (MNRE), Government of India, for the furtherance of renewable energy strategies in the southern state of Tamil Nadu. The TEDA has been registered as a society under the Societies' Registration Act (a legislation in India) and is operating since 1985. Some of the important objectives of Tamil Nadu Energy Development Agency include
Various initiatives and specific policies extended by the Tamil Nadu Energy Development Agency resulted in a substantial increment in the adoption of solar energy in the state. As a matter of fact, Tamil Nadu is one among the leading states in the country in terms of renewable energy. Of the overall renewable energy capacity of about 32,730MW set up all over the country, Tamil Nadu alone has about 8326.86MW, hence about 25.44% of the total established capacity.

In the significant sector of wind energy, the above count is even more eminent, with Tamil Nadu has about 34.31% of the overall wind energy set up capacity in the country. The Tamil Nadu Energy Development Agency has played a crucial role in making the state as a leader in renewable energy. 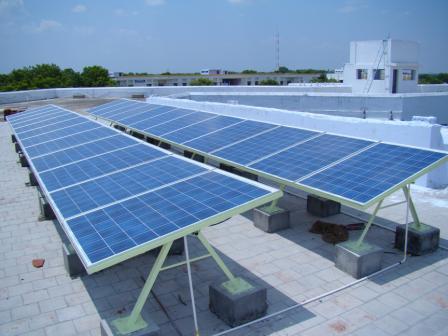 Phase: 2013-2015
The 3000 MW of solar power generation will be attained through Roof tops, Utility Scale Projects and REC mechanism.

Names of the Passes and their average wind speed (annual data):
In the recent past, Kambam Pass located in Dindigul district is distinguished as wind potential area in Tamil Nadu. 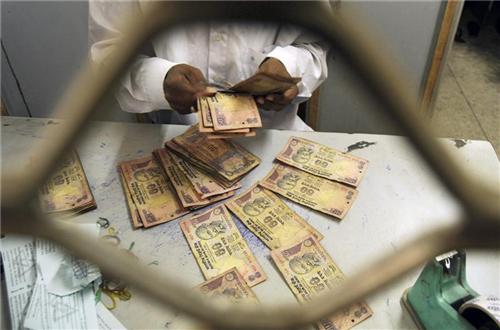 Being a rapidly growing state in the country, Tamil Nadu is the home of several nationalized banks, international banks, private sector banks, cooperative banks and so on who extend branch operations and ATMs located across the length and breadth of the state. 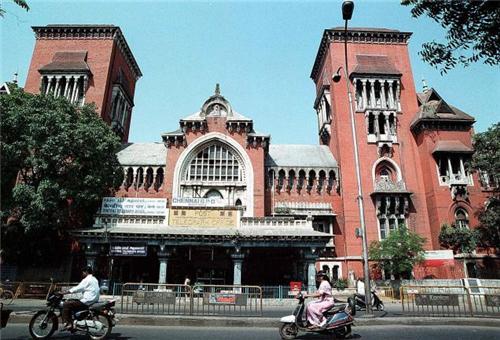 India Post is the leading postal service provider in the southern state of Tamil Nadu. Reorganization of the States led to the formation of present day Tamilnadu Postal Circle that came into existence during the year 1961. Tamilnadu Postal Circle is comprised of the State of Tamilnadu and Pondicherry and Karaikal Districts of the Union Territory of Puducherry. Furthermore, the postal circle primarily divided into four Regions, namely:
Each postal region is further separated into postal divisions and is also comprised of Railway Mail Service (RMS) divisions. The Tamil Nadu postal circle comprises of 42 Postal divisions and 6 RMS divisions. Overall, The Tamil Nadu postal circle has 141 RMS offices and 12,185 post offices.

The Indian state-owned telecom giant Bharat Sanchar Nigam limited, popularly known as BSNL is the leading telecommunication service provider in Tamil Nadu. The southern state comes under the administrative ambit of the BSNL Tamilnadu Telecom Circle. It is important to note that the telecom circle covers regions excluding Tiruvallur, Chennai and Kancheepuram districts and union territory of Puducherry (excluding Mahe and Yanam).

Several other private telecom giant extends their wide ranging telecom services in Tamil Nadu. Some of the big names include Airtel, Aircel, Idea, Tata Docomo, Vodafone, Reliance Communications, MTNL, MTS and so on. 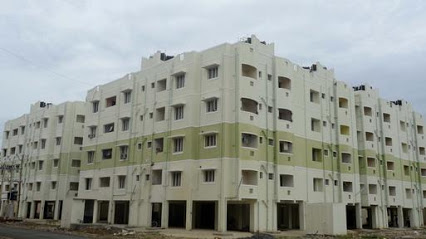 Established during the year 1961, Tamil Nadu housing Board was primarily established to meet the skyrocketing demand in housing sector all over the southern state of Tamil Nadu referable urban development leading to migration to urban areas in search of business and employment opportunities. Popularly called as TNHB, Tamil Nadu Housing Board is also the primary city planning and suburban area development wing of the Government of Tamil Nadu.

TNHB comes under the administrative ambit of the Department of Housing and Urban Development (Tamil Nadu). Anna Nagar, KK Nagar, Ashok Nagar, Besant Nagar, Tambaram, Thirumullaivoyal and Shastri Nagar are some of the popular self-sustaining townships created by the TNHB during the late 70s and early 80s. Some of the other projects of TNHB are small to midsized townships in tier-II urban centers like Madurai and Coimbatore. Every residential township developments of the Tamil Nadu Housing Board is a massive success due to their abidance to the development conventions and not for revenue motive.

Some of the upcoming schemes of Tamil Nadu Housing Board:

As a first step in moving towards their objective, Tamil Nadu Arasu Cable TV Corporation Limited installed four digital head ends at Vellore, Tanjore, Coimbatore and Tirunelveli. The Tamil Nadu Arasu Cable TV Corporation is offering quality cable TV services at an unbelievable cost of Rs.70 per month with 90-100 channels and the reception from operators and subscribers are overwhelming. 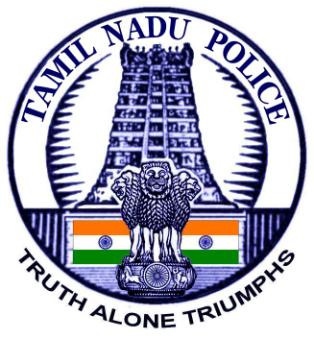 Tamil Nadu police force is the official law enforcing body that is more than 150 years old. Almost 1,00,184 police personnel (as on 01/10/2014) are dedicated for this life-saving line of work in the southern state of Tamil Nadu. The state features a police population ratio of 1: 632.

For the purpose of effective governance, Tamil Nadu is divided into four police zones. Find below the police zones of Tamil Nadu that are headed by an exclusive Inspector General of Police respectively.

The 32 districts of Tamil Nadu are led by an Superintendent of Police (SP). However, in metropolitan cities like Chennai, Trichy, Madurai, Coimbatore, Salem, Tirupur and Tirunelveli, city police force will be headed by an exclusive Commissioner who will be in the grade of Inspector general of police.

The Tamil Nadu police force has several eminences and respects to its credit.

Tamil Nadu has the 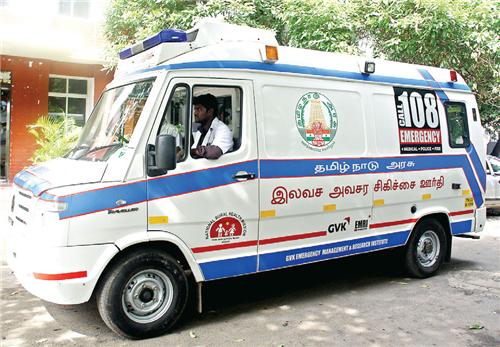 Be it a crime situation, crisis, fire emergency or medical emergency, 108 free-of-cost ambulance service will be of help in maximum 20 minutes when called. it is important to note that the toll free number 108 does not require any prefix or suffix when dialled from a land line phone or a mobile phone. It is better to understand the fact that getting timely help could save someone's life. 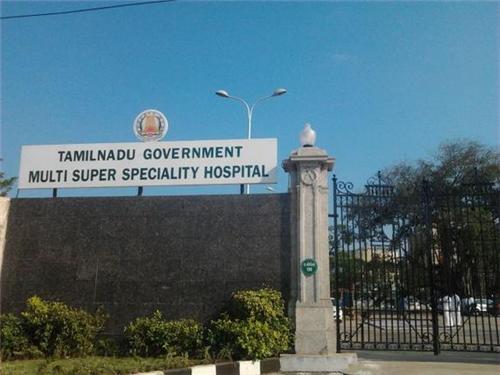 The southern state of Tamil Nadu is widely regarded as a wellness hub for its several multi specialty and super specialty hospitals and other health care centres dotted across the length and breadth of the state. World class health care is extended by government-run hospitals and private hospitals in Tamil Nadu. As a matter of fact, the capital city of Tamil Nadu, Chennai is popularly called as 'India's health capital'. Chennai made its way into the record book for the first ever liver transplant procedure in India. Some of the leading hospitals in Tamil Nadu include 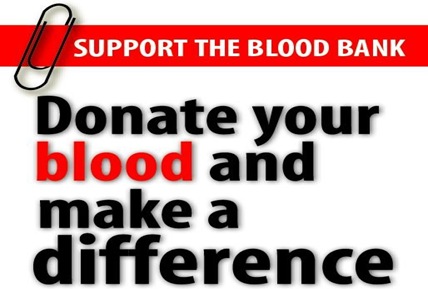 Furthermore, the Health and Family Welfare Department of Government of Tamil Nadu has introduced a unique initiative of online blood bank management system. Tamil Nadu State AIDS Control Society (TANSACS) and Tamil Nadu Blood Transfusion Council (TANBTC) work together for the furtherance of voluntary blood donation and guarantee the availability of safe and quality blood, accessible to the impoverished during emergencies.

Some of the important Blood Banks in Tamil Nadu include 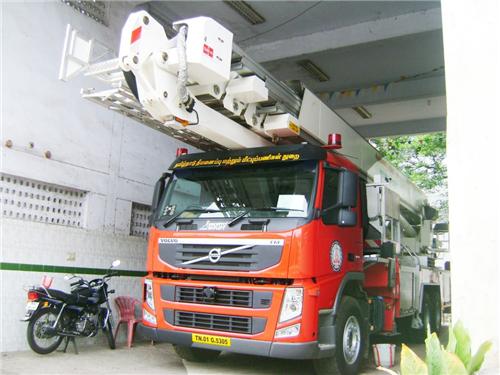 Tamil Nadu Fire and Rescue Service is led by a Director in the grade of Additional Director General of Police. The department has a human resource of 6,801 fire fighting personnel and functions through 302 fire stations including two rescue service stations situated in all the districts of Tamil Nadu. The principal task of the firemen is to save and protect life and belongings of the people in any disaster either man made or natural.