Sports bring people, society, country and world together! In a sense, sports are nothing but a catalyst for development and peace as it promotes unity in a great fashion. As a matter of fact, sports can well be used as a tool for bringing people together. In one or the way, everyone is involved in sports, as a participant or as an audience. 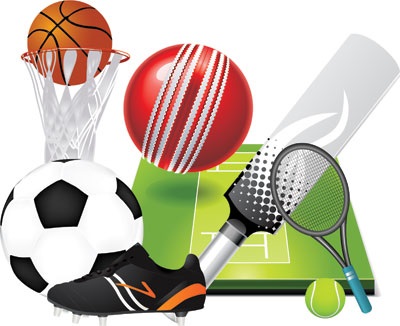 Even, people who follow sports through television, from the comfort of their home, can be considered as a part of that respective sport as good viewership also contributes to the development of sports. The singular prospect of sport is not its ability to ameliorate physical fitness, but its mightiness to unite people of any class, any beliefs together.

Besides, we live in a world where one or the other sport is being played around the globe at any given minute. Sports play a crucial role in the way countries are progressing. It would not be an overstatement if we say that sports offer an identity to a nation! It is significant to note that to counter the increasing popularity of video games and other virtual games which alter the healthy lifestyles of children, sports are the only solution to enhance their mental and physical development.

In addition, any educational activity, be it a school education or college education, without any sports is absolutely incomplete! In fact, sports are an integral part of any education. Realizing the value of sports, most of the educational institutions in the country have included sports in their curriculum, if not encouraging and promoting sports and organizing competitions. Let's get to know all about the sports scenario in the southern state of Tamil Nadu. 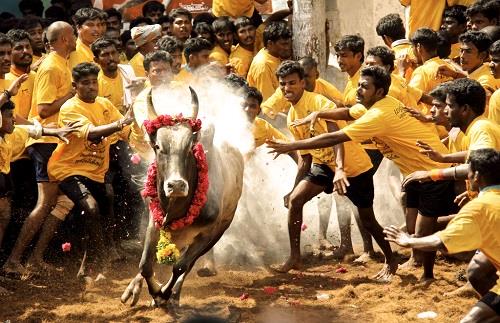 Jallikattu also known as yeru thazhuvuthal or manju virattu is one of the oldest and most popular traditional sport of Tamil Nadu. Basically a bull taming sport, Jallikattu is regarded as a Tamil veera vilyattu (bravery sport). Jallikattu is mostly played as a part of the festivities of Thai Pongal, marking the second day of Maatu Pongal.

The bull taming sport is usually played during the month of January. Palamedu, a small town in Madurai district is the proud host of Jallikattu played usually on January 15th followed by Alanganallur in Madurai district on 16th January. The special bulls used during this bravery sport belong to the Madurai's own Pulikulam cattle breed. Some of the other popular cattle breeds that are widely used for jalli kattu include malai maadu, naatu maadu (palingu) and umblachery maadu.

The bravery sport of Jalli kattu come in three editions and they are Veli virattu, Vati manju virattu and Vatam manju virattu. 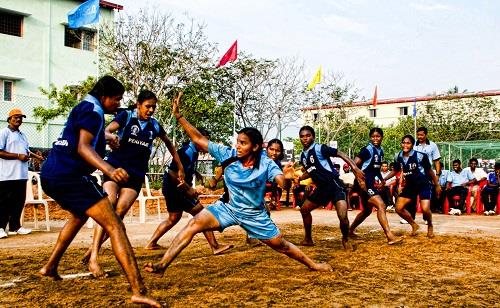 A popular contact sport that was originated in the Indian continent, Kabaddi is officially the state sport of Tamil Nadu. Widely called as Sadugudu in the local language, Kabaddi is one of the celebrated traditional sports of Tamil Nadu. 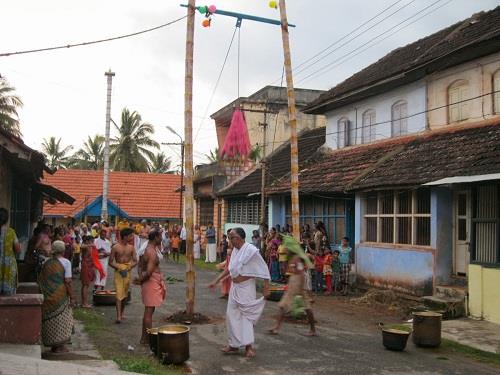 Another popular traditional sport of Tamil Nadu, Uriyadi is mainly played during the temple festivals across the villages in the state. The rural game is all about breaking the hanging pot with a stick with eyes blindfolded. The prize money is usually kept inside the hanging pot and whoever smashes the hanging pot is considered as the winner. 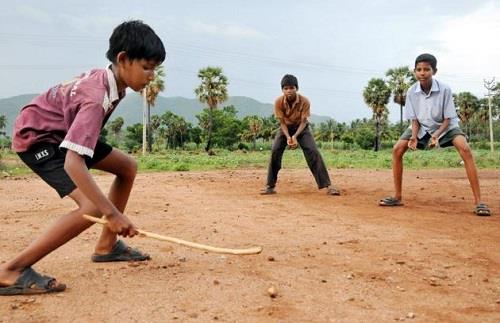 Kittipulla is the Tamil version of the amateur game of Gilli Danda played across the rural parts of Tamil Nadu. The game demands just two simple tools, a gilli and a danda. The danda is a long wooden stick of about 2 ft and a gilli which is a small wooden stick of about three inches long.

Just like the other states of India, Cricket is the most popular sport in the southern state of Tamil Nadu. Tamil Nadu Cricket Association (TNCA) associated to the Board of control for cricket in India (BCCI) is the primary Cricket body regulating the game of Cricket in the state. The official Cricket body TNCA is principally involved in the development of the Cricket from the amateur level to the national level.

The Tamil Nadu Cricket Association encourages and modernizes the game of cricket by organizing several local cricket matches, tournaments and leagues. Apart from the national level tournaments, the TNCA organizes various cricket matches for Under-13, Under-15, Under-17, and Under-19, Under-22 and Under-25 age groups. The official cricket body also organizes league championship matches for city associated cricket clubs. 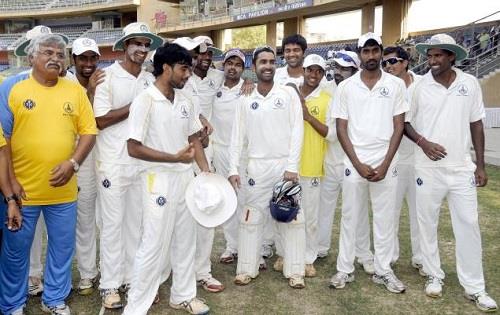 The financial resources from the corporate are accounted for over six crores towards cricketers’ allowances, stadium maintenance, game equipments and so on. Tamil Nadu also houses 28 district cricket bodies affiliated to the Tamil Nadu Cricket Association. There are 780 active cricket clubs from various districts of Tamil Nadu where cricket matches are organized for different age groups. Cricket balls and mats are provided by Tamil Nadu Cricket Association to the districts each year for free of cost.

Some of the important divisional title trophies conducted by the Tamil Nadu Cricket Association include:
Quick Facts: 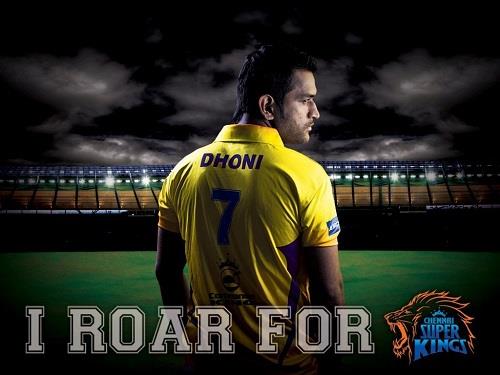 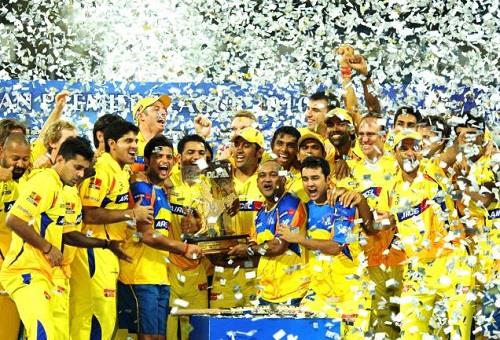 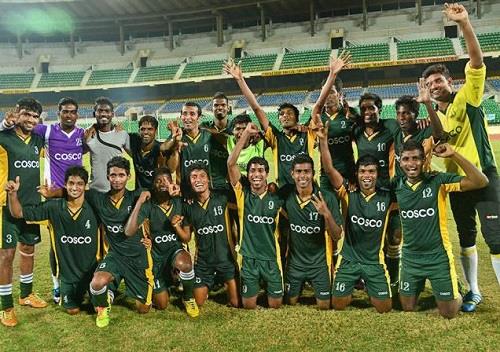 In the Santosh Trophy, a yearly Indian football tourney which is contended by states and government establishments, Tamil Nadu plays under the group of South and West Zone. The Tamil Nadu Foot Ball Team ended up as two time runners-up on two occasions that is 1972-73 and 2012. The Jawaharlal Nehru Stadium (Marina Arena) in Chennai is the home ground of the Tamil Nadu Football Team.

A football franchise team from Chennai that participate in the Indian Super League, a professional football league in India. 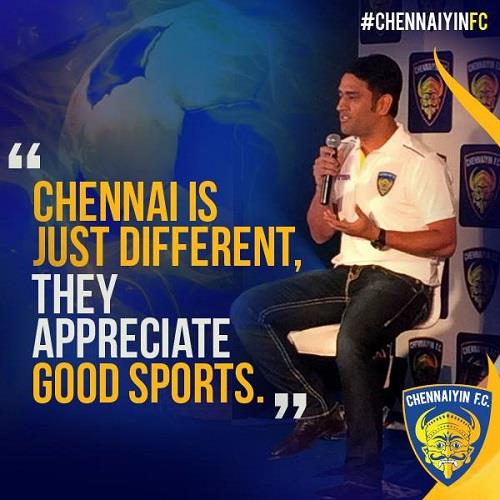 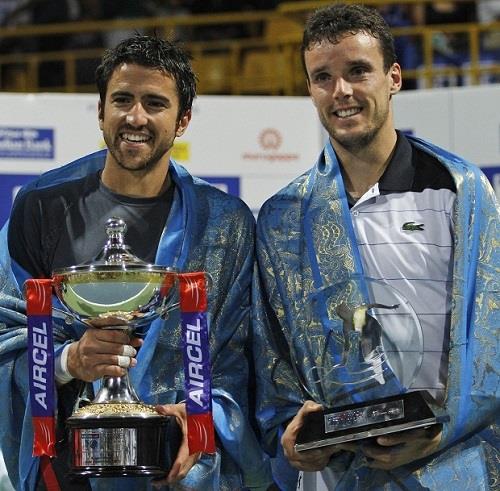 The Chennai Open is presently a part of the ATP World Tour 250 series (the newest series for tennis tournaments) of the Association of Tennis Professionals (ATP) World Tour. The tournament is conducted yearly in the month of January at the Chennai SDAT Tennis Stadium in Tamil Nadu.

Did you know?
Mahesh Bhupathi of Chennai became the first India to win a Grand Slam tournament - Australian Open mixed doubles in 2006.

Some of TNTA’s present activities include:
Some of the popular Tennis Clubs affiliated to the Tamil Nadu Tennis Association (TNTA) include: 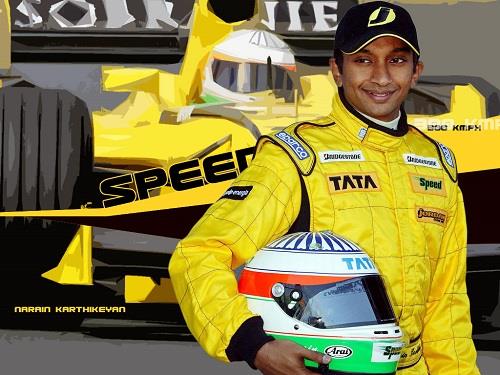 The adventurous sport of motor racing was popularized in the southern state of Tamil Nadu by Sundaram Karivardhan (Kari), a legendary racer of Indian motorsports. Motor racing held between the time periods of 1960s to 1980s was organized at Sholavaram (a town 24 km north of Chennai), a raceway once used to be a landing strip during Second World War.

Did you know?
(Only) Two people represented India in FIA Formula One World Championship (Formula 1) viz. Narain Karthikeyan and Karun Chandhok - both of them are from Tamil Nadu 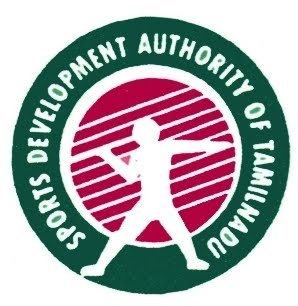 With the objective of accomplishing a large pool of sports talent in the state to take part and accomplish in national and international sporting events, the SDAT has founded a lot of facility centres, development centres, sports scholarships, awards and incentives for sportspersons of the state and so on. Furthermore, the SDAT has introduced several schemes and initiatives for the benefit of the sports in the state. Some of the important initiatives and schemes launched by the SDAT include
Important Contact Information

To know more about the Sports Development Authority of Tamil Nadu, Click here


Stadiums and Other Sports Infrastructures in Tamil Nadu 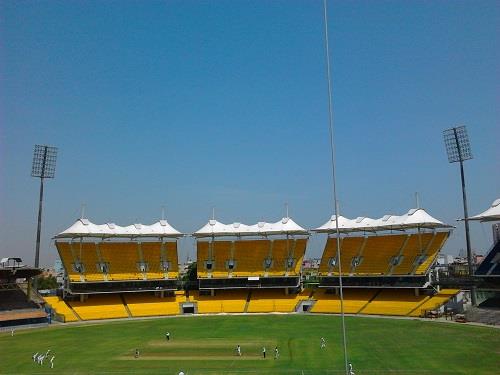 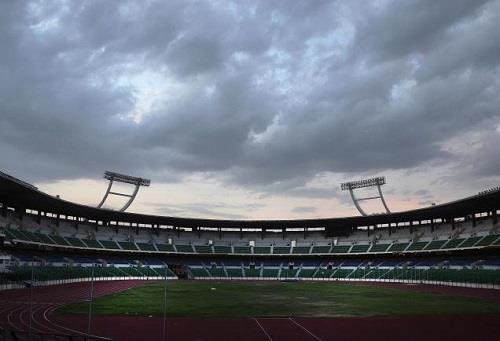 Popularly known as Marina Arena, the Jawaharlal Nehru Stadium is a multipurpose stadium located in the southern metropolitan of Chennai. The stadium primarily hosts football matches and athletic contests. The sports facility also houses a multipurpose indoor stadium that servers as a hosts for basketball, table tennis and so on. The Jawaharlal Nehru Stadium is also the home ground for Tamil Nadu Football Team and Chennaiyin FC of Indian Super League. 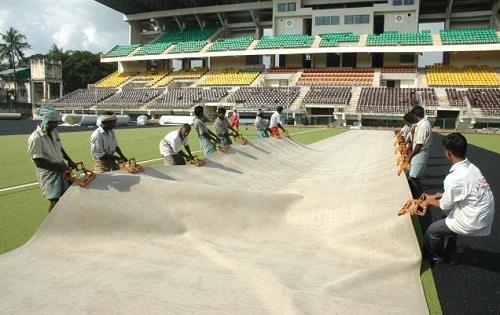 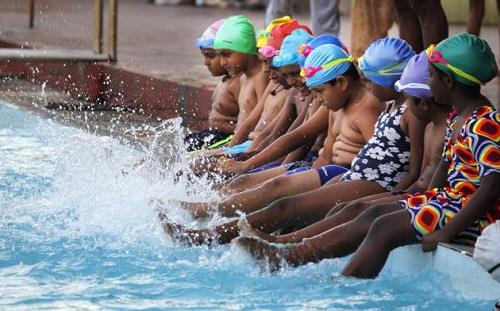 Established during 1995, the Aquatic Complex in Chennai hosts most of the aquatic events of South India. 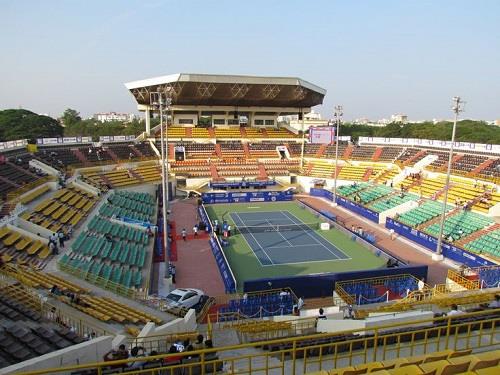 A multipurpose stadium, the MGR Race Course Stadium in Madurai hosts a wide range of national and international sporting events. 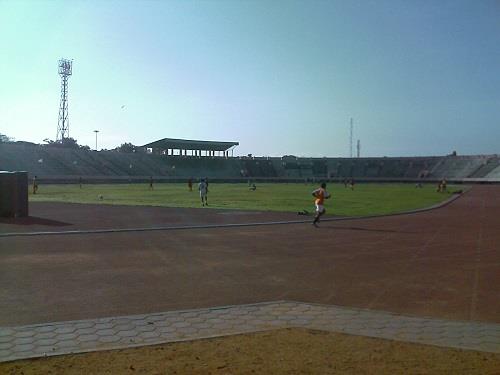 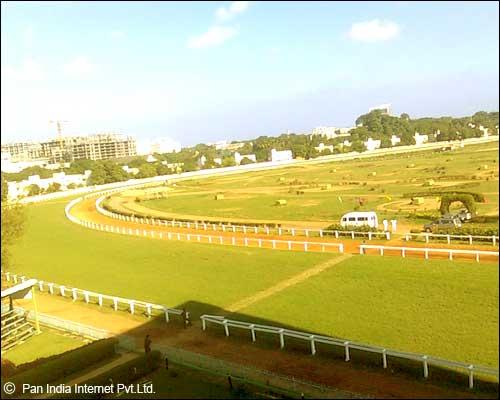 Some of the other important sports infrastructures and sports facilities of Tamil Nadu include: 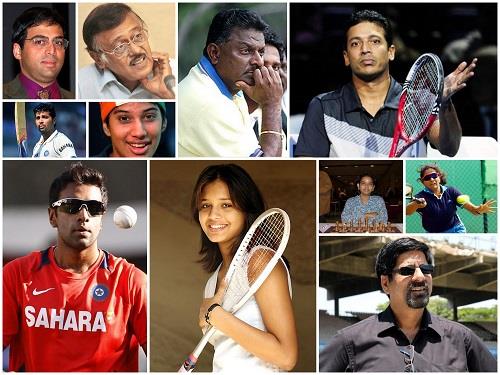 Kutraleeswaran: A marathon swimmer and a Guinness record holder for swimming across 6 channels. Became the youngest Arjuna Award recipient in 1996.

Krishnamachari Srikkanth: Former Indian cricket team captain, Kris Srikkanth was the opening batsman of the Indian team that won the world cup in 1983.

Murali Vijay: A right handed opening batsman, Murali Vijay is a regular member of the Indian cricket team in the test match arena.

Ravichandran Ashwin: A right arm off break bowler, R Ashwin is a big name among the spinners and the fastest Indian bowler to take 50 wickets and 100 wickets in test cricket.

Dipika Pallikal: An Indian squash champion, Dipika Pallikal is the first Indian woman to break into the top 10 in the official world ranking for women's squash. Recipient of the prestigious Padma shri and Arjuna award.

Some of the other prominent sports personalities from Tamil Nadu include: